With all the essential moving services, Meathead Movers is ready to get you safely into your new home. Our clean-cut student-athlete North Hollywood movers are dedicated to fulfilling all your moving needs to your satisfaction.

The Perfect Move to North Hollywood 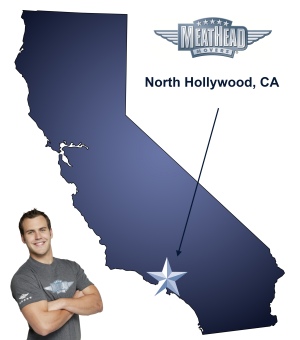 Known for its diversity and for being home to the Academy of Television Arts and Sciences, North Hollywood is a district within the greater Los Angeles area with its own distinctive appeal. For these reasons and more, North Hollywood can be an ideal place to call home. However, before moving, it is beneficial to fully understand the area and to find the best North Hollywood movers possible.

Before North Hollywood was officially annexed as part of Los Angeles, the area was predominantly populated by farmers. In fact, at one point, it was known as the “Home of the Peach” thanks to its profitable fruit farms.

In 1927, the city was renamed North Hollywood in a ploy to tie the area to the glitz of the entertainment industry. Since then, the city has developed a reputation as “NoHo,” which refers to its emphasis on arts and culture. North Hollywood features a vibrant assortment of playhouses, art studios, and more. Universal Studios is also located at the edge of North Hollywood, further cementing its reputation as a city of performance.

With the thriving NoHo district, there is clearly plenty to do in town. However, finding the right North Hollywood movers to get there can be another issue entirely. Too often, professional movers are anything but professional. Meathead Movers, however, makes sure it is a step above the competition. We employee only the best. Our employees are mostly student-athletes, all trained to be fast and efficient. In fact, our movers even jog while not carrying anything.

Meathead Movers is fully prepared to help with any part of the moving process. Our Meathead Packers are renowned for their care and skill in packing, and our loading and shipping services can be used for local moves or long-distance moves. Our North Hollywood movers have worked for countless clients in both commercial and residential moves. We even have clean, dry storage options and can help organize on-site moves. In short, whatever the need, Meathead Movers can accomplish the task with skill and class.

Ultimately, though many North Hollywood movers may be available, Meathead Movers is the only moving company worth hiring. With a 100% satisfaction guarantee, you have nothing to lose! For more information about how we can help organize your move, please contact us for a free estimate.

Moving to North Hollywood? Here are some helpful resources.

“Colin and Marco were fantastic! Professional, kind and efficient. Easily, the best move I’ve ever had. Took all the stress of moving away. ”

One group of movers left a pod-like container WIDE OPEN after they left. The same group left a bag of camera gear - worth $15,000 - unattended on my driveway after they were instructed to not pack it. When I called to inform, I was 100% blown off. ("We'll coach them...") F-that. NOT ACCEPTABLE. I have no idea if other things are missing until I'll unpack. Not what you need from a moving/packing company. As a result of Meathead not giving a flying fuck about my property and not offering to do anything to help acknowledge the egregious error, I will not be using Meathead for my upcoming second move.

Colin and Marco were fantastic! Professional, kind and efficient. Easily, the best move I’ve ever had. Took all the stress of moving away.

The guys were so friendly and accommodating. They did a wonderful job and made sure to take care with all our belongings. They were efficient and mindful of our time. Very happy with the service!

Have truth in advertising, be competent in your initial assessment of the project, have enough men, have enough trucks, don’t leave items behind, the list goes on. When you recognized what a colossal mess you created you offered to help move boxes a couple of days later but then argued that you wouldn’t move the boxes on to the shelving that you had originally promised to do, then you hung up on us. Oh wait, it is truth in advertising. You are meatheads.

A+ service all around!

Great attitudes and wonderful work ethic from the students!

The company has a good system (confirmations, follow-ups, etc.). The students have great attitudes and wonderful work ethics.