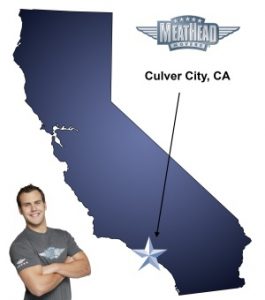 With its rich movie history, Culver City is a great place to call home. If you’re moving to Culver City, you’ll want to check out the services that Meathead Movers has to offer.

Culver City is a place that many have not heard of but have unknowingly seen. Located in Southern California, Culver City is the home to several major movie and television production companies, serving as the home base for various film projects. Incorporated in 1917, Culver City was initially just a stop along major transportation routes. However, in 1918, the city became home to a film production company, and the city established its enduring legacy.

Throughout the 1920s, Culver City boomed with the silent film business, and the city is now the home of MGM and Sony studios. Many major film and television productions have been filmed in Culver City, making the area a hot draw for Hollywood enthusiasts. One of the most popular sites in town is the Culver Hotel, which was built in 1924 and has housed numerous celebrities during their filming jaunts. While film and entertainment bring business to Culver City, this city of almost 40,000 people has plenty more to offer for those looking for a new place to call home.

If you are considering a move to Culver City, Meathead Movers is here to help! We have a wide range of moving services and can handle long-distance, commercial, and local moves. We are equipped to help with packing, loading, shipping and storage.

In addition to standard services, Meathead Movers has the best movers in the industry. This is possible because we recruit student athletes and hold all employees to the highest standards. Not only are all employees expected to stay free of smoke and drugs, but they are also expected to practice the HUSTLE difference. This means that our movers will jog when they are not carrying anything, showcasing their stamina and dedication while also saving you valuable time and money.

Moving to Culver City? Here are some helpful resources.

Culver City The Heart of Screenland

The City of Culver City

“Very fast and responsible movers. They are friendly and helpful.”

Very fast and responsible movers. They are friendly and helpful.

They were friendly, quick and efficient. It was seemless getting from point A to. Point B. Everything was unloaded quickly ad in the right place.

This my second time using Meathead Movers in six weeks. The service is absolutely excellent!!

Everything accept how much paperwork and signatures are required.

Very helpful and courteous movers. Handled our requests for moving furniture inside new home professionally. Thanks